Chakra Tirtha, Hampi is located on the south bank of the River Tungabhadra, close to Sri Kodanda Rama Temple, 400 meters from the East-end of Hampi Bazar.

Chakra Tirtha is situated in between two hills – Rishyamukha Hill on the north and Matanga Hill on the south. Long ancient stone pavilions built next to Chakra Tirtha have been used by pilgrims as a place to rest for centuries.

Chakra Tirtha is not safe for swimming due to strong river currents and swirls. During peak monsoon months, the water level in Tungabhadra rises drastically, at times even reaching up to Sri Kodanda Rama temple. 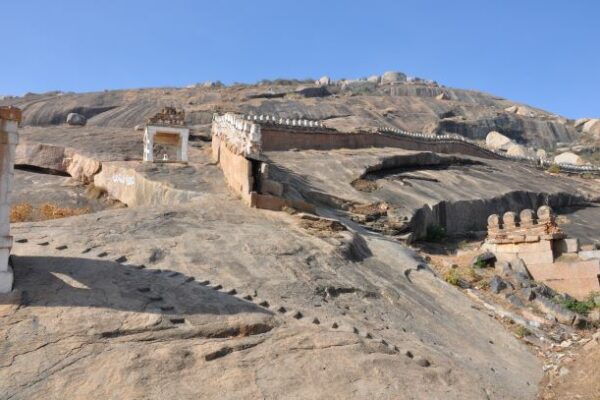