Bhojana Shaale, carved on stone, is located behind the royal palace on the Kamalapura road. Researchers believe this was a community dining area for soldiers.

It’s in close proximity to the palaces and granaries. The plates, Bowls and plantain leaves are carved on the stone in two rows. The channel in between the rows might have been used for serving food. Or it could have been a water channel.

It appears to be an open hall or probably the shelter that once stood over it is missing. 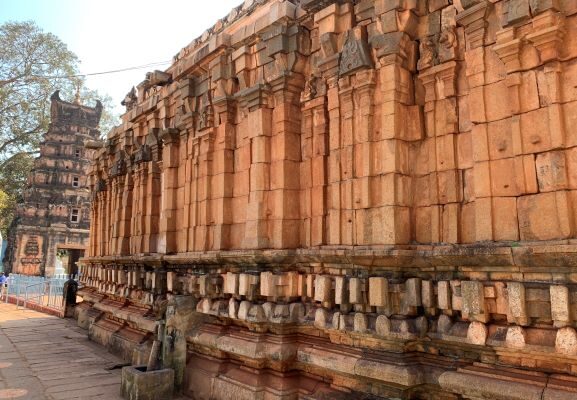 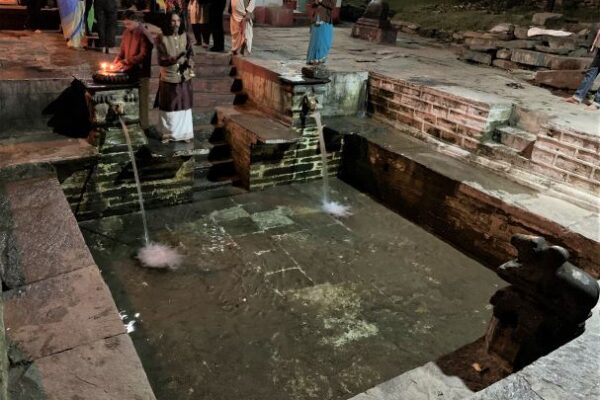