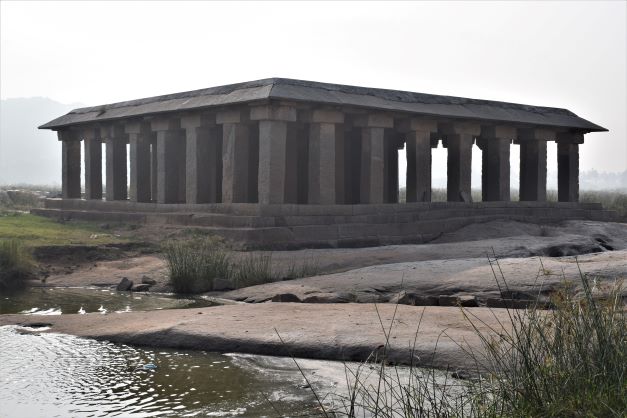 Krishnadevaraya Samadhi Mantap is located in Anegundi, on the other side of river Thungabhadra from Hampi, Karnataka.

Krishnadevaraya ruled Vijayanagara Empire from 1509 to 1529; His period is considered golden age, for during his rule, the art, music, architecture, culture, trade and economy flourished and peaked to its pinnacle!

Vijayanagara empire got extended to most of South, East and West parts of the Indian sub-continent during his time.

The samadhi of Krishnadevaraya is situated in river Thungabhadra – a Mantap with an array of columns – measuring about 50 feet x 50 feet.

Krishnadevaraya was indeed a great Emperor, a Mahan.